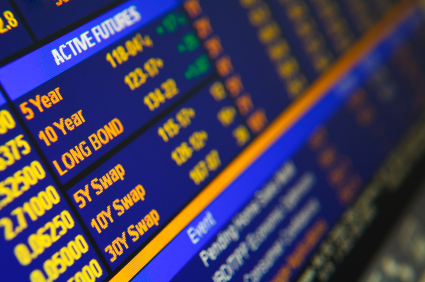 All US mutual funds are priced once per day, at the 4:00pm EST closing time of the New York Stock Exchange. It does not matter where the fund’s underlying securities are invested. If an investor has his assets in an international country specific mutual fund that invests only in Japanese companies, this mutual fund will still strike its daily NAV or Net Asset Value at 4:00pm EST (New York time). This fact offers profit making opportunities for investors who can act quickly and understand the effects of different time zones.

Communication of current news happens almost immediately over the internet. However, the difference in time zones causes a delay in news being reflected in mutual fund prices. For example, assume your Japanese mutual fund struck its NAV on Monday at 4:00pm EST. Then the Tokyo SE opened for trading at 7:00pm EST that night, and closed at 1:00am EST Tuesday morning.  The activity of the Japanese companies would not be reflected in the fund’s mutual price until the new NAV was struck at 4:00pm EST Tuesday afternoon.

If investors give this delay some thought, they can actually profit from the time difference because they know ahead of time the general affect that major news can have on the NAV which will be calculated many hours later.

Assume a major news event occurs at 1:00pm EST while the NYSE is open. Such an event might be the US economy is improving rapidly. This news causes US stocks to skyrocket immediately and European stocks also rise a similar amount. Japanese, and other Asian stocks, would not budge since their stock exchanges are closed. Tokyo SE will not open for another 6 hours at 7:00pm. At 4:00pm, the NAV of the investor’s Japanese mutual fund will be struck, but it will only reflect the activity of Japanese stocks as of the day before. The current news on the US economy will not affect Japanese stock prices until the Tokyo SE opens at 7:00pm EST. The effect of this news on Japanese stock prices will not be reflected in the fund’s NAV until 4:00pm EST the following business day.

An investor who knows that the Japanese stocks are poised for a large increase when the Tokyo SE opens could put more money into the Japanese mutual fund at the 4:00pm price knowing that the NAV the following day will probably be much higher.

This investor is playing the difference between the rapid communication of news vs. the time delay such news will be reflected in Japanese stock prices.

There are two issues that can ruin the Time Zone Game.

The effect of these issues is that the investor should only use this strategy sparingly, and in country funds in which he wants to invest for at least several months. Otherwise, the penalties imposed will wipe out the potential profits from using the strategy.

The above strategy could work in any international fund that involves the delay in time zone effect on stocks. It would not work with countries in the same time zone as New York such as Canada or certain South American countries.

Also, the greater the time zone difference, the greater the delay between news of the event and the effect on stock prices. This is why Tokyo was used in the example. There is no reason why the strategy could not work for say, a Russian fund or an African fund. The issue here is amount of time the investor has to implement the strategy.