A History of the Mutual Fund, Part II 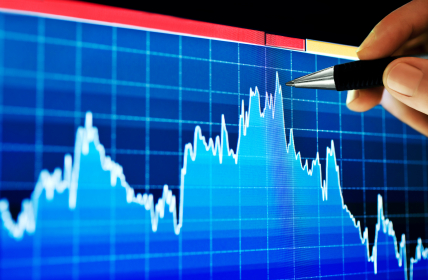 Part I of our series in the history of the mutual fund traced the introduction of a similar type of investment vehicle back to 1774 in the Netherlands. While this first fund and subsequent others based in Europe invested in American colony plantation bonds, US railroad bonds, and other American securities, funds were not launched in the United Stated for over a century.

The first pooled investment vehicle similar to current-day mutual funds established in the United States was the Boston Personal Property Trust which began in 1893 and is commonly regarded as the first closed-end fund in the US. However, the popular closed-end fund structure began to slowly shift to the now-popular open-end structure with the launch of the Alexander Fund in 1907. Instead of one initial share offering with no chance to redeem shares in the future, the Alexander Fund issued new shares semi-annually, and allowed investors to make withdrawals from the fund instead of having to resell the shares.

Finally, exactly 150 years after Abraham van Ketwich launched his “Eendragt Maakt Magt” fund, the Massachusetts Investors’ Trust began operations with headquarters in Boston. This fund, established in 1924, is widely cited by historians as the first modern mutual fund. An article from 1926 in the Boston Globe reads:

“The Massachusetts Investors Trust, organized in 1924 to afford the investor an opportunity to purchase a broad list of sound common stocks in convenient units, has grown in the interim from $50,000 paid in to more than $2,5000,000 and now numbers just short of 1000 shareholders. Its funds are invested in the common stocks of 136 leading American corporations. The trustees have acquired the holdings of common stocks for permanent investment, not for speculation… The result of market fluctuations has been equally favorable. At today’s market, 26 of the 136 stocks are selling at less than they cost, but the other 110 issues are selling for enough more so that the value of the trust shares is more than 10 points above the offering price of 52-1/2.”

Throughout the next few decades, hundreds of new funds were launched and firmly established the mutual fund industry in the mind of the average investor. By the 1970s, the Vanguard Group appeared on the scene to offer ultra-low fee funds, and no-load funds gained widespread popularity, thus making it even easier and cheaper to invest in mutual funds.

Today, there are over 7,500 mutual funds in the United States with over $12 trillion under management. While the industry has seen many important changes and improvements since the original pooled investment vehicles of the 1770s, it is impressive to note how many distinct features have remain unchanged, especially the focus on diversification. While we can expect the fundamental characteristics to remain the same, it will be exciting to see how the industry evolves in the future to take advantage of the continued innovation and technology advances in the financial markets.